John, Himself and His PTSD - Part 2: Invalid Out

Army doctors are a very valuable commodity and difficult to replace, so why was John invalided out of the army when his physical problems were only temporary and his psychological problems could be treated successfully?

I explore the reasons why John ended up leaving the army why he found it so difficult to adjust to civilian life afterwards. 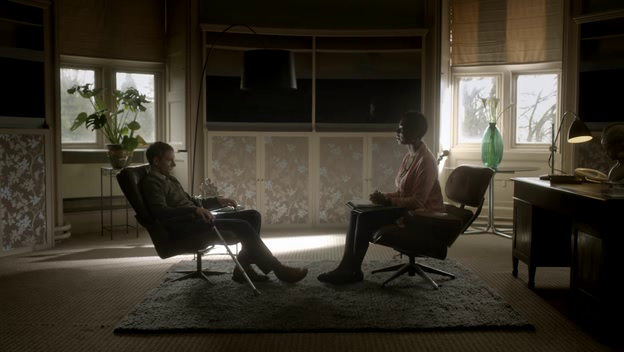 Doctors are a very valuable commodity for the Army. Even with recent military budget cuts, the army is still actively recruiting trained civilian doctors for the Royal Army Medical Corps. Doctors and other professional medical personnel are essential for the health and well being of all the armed forces.

Although more doctors are always welcome, they are also a major expenditure for the army because military doctors receive similar salaries to their civilian counterparts and they also receive other benefits specific to the military including subsidised accommodation. All civilian doctors joining the army have to undergo military officer training at the expense of the armed forced. Thus with all the expenditure the army is understandably keen to get value for money from all its doctors. A good competent doctor with many years of experience in the army is very hard to replace.

The army greatly values all its trained doctors and it does not simply let them go at the first sign of physical or emotional problems.

So why did the army decide to discharge Dr John Watson?

There are many reasons why someone can be discharged from the Army. The most common cause is a soldier choosing to leave after his contract has expired.

There is nothing in John’s history to suggest he got anything other than honourable or general discharge.

However, it does not appear that John adjusted well to civilian life. We are never told directly but I think that John did not willingly choose to leave the army. He had not prepared for his re-entry into the civilian world. Unlikely many servicemen he made no effort to rebuild civilian social contacts or reach out to friends and family. It was only when Mike Stamford met John by accident that the chain of events leading to 221B happened.

I think the reason John was discharged had little to do with his physical symptoms. As a doctor and non-combat officer he does not have to achieve the same standard of fitness as the combat troops. You can still be an army GP with a limp or a partially immobile shoulder. Additionally both these conditions turned out to be temporary and did not have any lasting physical effect on John. Had the army just given him enough time to recover, it could have retained a valuable experienced doctor.

Perhaps if John was a surgeon, the limp and the shoulder injury might have caused some impediment to his work but these would be surmountable obstacles if there was the will to help John work around them.

Instead I think the reason for his discharge lies with John’s supposed post-traumatic stress disorder.

Psychiatric conditions are very good reasons for military discharge.  However PTSD, as a psychiatric condition, generally has a good prognosis i.e. with the correct support most people are able to recover in time. Having PTSD does not necessarily mean an automatic discharge, particularly for a non-combatant doctor. The army in conjunction with NHS have some very good therapy programs to help military personnel recover from the condition.

So why would John have to be discharged if PTSD had the potential to be resolved?

In the previous meta, I discussed how it was unlikely that John actually had PTSD (John, himself and His PTSD). Instead I suggested that John believed he had PTSD and in the classic manner of mind over matter he also managed to convince a psychiatrist to give him the diagnosis.

It is unlikely that John got his PTSD diagnosis from the military's mental health care teams. The Army in conjunction with the NHS employ specialist psychiatrists and run combat stress control programs. These "military" psychiatrists have far more experience in dealing with all the psychiatric conditions related to combat stress than their civilian counterparts. They would be able to tell to diagnose PTSD with a greater degree of accuracy.

My opinion is that John was traumatised by the events surrounding his gunshot wound but he did not necessarily develop a psychiatric condition.

As an army doctor he would have known that as a non-combatant, he is much more at risk of developing PTSD when faced with the same combat stress compared to combat experienced soldiers.  GP training in the army would have taught John to recognise the symptoms of PTSD and it would not have taken long before John was trying to diagnose himself.

When it comes to self-diagnoses, doctors are just as human as their patients. It is always very difficult to assess one’s own symptoms with an impartial approach, and it is only human nature to jump to the worst conclusion.

I believe that John was so preoccupied with watching out for symptoms of PTSD that he gave far too much credence to normal psychological reactions to trauma, such as the reliving of traumatic events. The stress and anxiety of possibly having PTSD and frustration with his injuries may have caused him to display irritability or outbursts of anger, another non-specific symptom of PTSD.

However John is not just worried for himself, he is also acutely aware that having PTSD could compromise the safety of the patients he treats.

John would not have been able to convince the psychiatrists in the military that he did have PTSD and this would only have contributed to his distress.

Anyone who has repeatedly been told by their doctor that “there is nothing wrong” when they knew there was definitely something wrong, will understand how frustrating this can be. Often this leads to the classical breakdown in communication between doctor and patient and causes a great deal of unnecessary anguish on both sides.

People have a tendency to hold onto their convictions even more tightly in the face of opposition. The frequent knock backs from the military medical hierarchy might have simply strengthened John’s confidence in his self-diagnosis. John may have concluded after frequent frustration that the military were deliberately obstructing his attempt to seek professional help because they just wanted him to keep working.

The first and most important ethical principle in medicine is do no harm. If John truly believed that his psychological state was compromising his ability to perform his job, he would not have simply carried on as normal.

I believe that John chose to quit the army because he was sincerely convinced that he could not carry on doing his job. More importantly I think this entire episode of miscommunication might have forced John to re-evaluate his views of the military. At the end he might have been utterly disgusted by the fact that military were willing to compromise patient care just so they could squeeze more work out of him.

Thus John left the army of his own accord but not because he wanted to. The entire experience must have disillusioned him and this coupled with the fact he felt he had been forced into this decision, would have contributed a great deal to the emotional torment he suffered in that dingy London flat.

I wonder if John’s decision to keep his military issue firearm had something to do with his dissatisfaction with the military establishment and his belief that he was being forced to leave the army. For a more detailed discussion: Guns in BBC Sherlock.

From what we can see in ASiP John was not emotionally prepared to leave the army. I believe that up until he met Sherlock and embarked on a crime-solving spree, John still thought of himself as an army doctor. He had not been able to reshape or reinvent the perception of his own identity. John did not want to become a civilian or integrate into civilian life until he met Sherlock.

It took an amazing day with Sherlock in order for John to realise that there is a life for him in the civilian world after all.

Army personnel suffering from medium or long term psychiatric conditions are flown back to the UK for treatment.

The last military psychiatric hospital was closed 1994. The military now have contracts with several NHS hospitals to deliver hospital based psychiatric care. Additionally there are 15 military Departments of Community Mental Health (DCMH) providing outpatient mental health care in the UK.

However John has already been discharged from the army so I assume the therapist that he sees in ASiP is an NHS clinical psychologist.

Cognitive behavioural therapy is the mainstay of treatment for PTSD. It is entirely appropriate for John to be seeing a therapist if he was diagnosed with PTSD. He does not have to see a psychiatrist on a regular basis; he only needed to see a psychiatrist for a diagnosis. If John had displayed more severe symptoms of PTSD than the ones that we see in ASIP, he might have been prescribed medication.

Currently medical treatment for PTSD is purely supportive i.e. there is nothing that will “cure” the condition. SSRIs, which are also used to treat depression and OCD, have been shown to be beneficial in reducing a wide range of PTSD symptoms and is usually the first line drug treatment.

Severe anxiety and stress can be counteracted with benzodiazepines. Carbemazepine can help to reduce symptoms of hyper-arousal.