Why Sherlock Holmes cannot be a "high function sociopath". It's not Anderson who hasn't done his research.


I have written about this before but I decided it was time to explain to Sherlock why he cannot be a high functioning sociopath in more detail.

Disclaimer: This meta is written as letter to Sherlock - please don't be put off by the style, if you find it odd - try imagining Sherlock's face as he reads this!

I understand that your life cannot be easy, what with pretending to be dead and having to cope with a big brother who would give George Orwell the creeps, but telling other people that you have a serious psychiatric illness is not the best way forwards.

I am sorry to tell you that you have a false impression of your "problems". Please stop diagnosing yourself as a high function sociopath, it's not Anderson who needs to do his research, it's you!

I find it hard to believe that any psychiatrist would actually have diagnosed you as a “high-functioning sociopath” in the past – but the quality of psychiatrists varies so much I wouldn’t put it past some poorly qualified quack out there to have mentioned that term to your mother.

But the psychiatrist was wrong and so are you.

There is no Such Thing as a Sociopath…anymore

A sociopath was never meant to be exactly the same a psychopath as this article suggests.

Today we understand that both the early-years environment and genetics play a role in the development of psychopathic personality disorder. Sociopathy as a term is defunct – please stop using the term, Sherlock, psychiatry has moved on.

Psychiatry and psychology are not the same – in fact they are very, very different.

Psychology is the study of normal and abnormal human behaviours/mental function. Psychologists are interested in how people cope with life and why at times they fail to do so.

Psychiatry is a branch of medicine involved in the diagnosis and treatment of specific mental illnesses. All psychiatrists in the UK are doctors and they are not interested in normal human behaviour or function. They only see people who are potentially mentally ill.

I am sure, Sherlock, that your behaviour would be an amazingly interesting case study in failure of emotional maturation for any psychologist (Explaining Sherlock's Sherlockness).

What many people do not understand is that abnormal behaviour does not equate to psychiatric illness. Just because someone falls outside the spectrum of normal does not mean they automatically fall into the spectrum for a mental illness.

For a psychiatrist, you would be a humongous waste of NHS time and resources. You don't fulfill the diagnostic criteria for any psychiatric illness (Psychiatry of Sherlock). Besides it’s not as if you would cooperate with us anyway, right?


If You Really Want to Know whether You’re a Psychopath,

Please do not barge into Maudsley Hospital, Sherlock, and demand a diagnosis from the nearest psychiatrist – you might be arrested or if you’re unlucky sectioned under the mental health act.

I need to reiterate: PPD is a severe psychiatric illness that can get people confined to Broadmoor indefinitely – even if they haven’t committed a serious crime. This is why you shouldn’t brandish the term “sociopath” around. I wouldn’t put it past one of your enemies to use this to their advantage some day.

Sherlock, You are Already a Real Boy

The hallmark of PPD is that sufferers do not have a conscience. Psychiatric textbooks will flit around the term “conscience” with lots of technical terms but in effect this is what psychopaths lack. I am not talking about the concepts of higher conscience, morality and ethics. I am talking about evolutionary conscience, the hard-wired neuronal pathways that produce feeling of reward and guilty in response to your thoughts and actions. Precisely how and when these pathways become activated is socially conditioned but on a scientific level (not a moral or philosophical one) all humans share the same crude sense of conscience if you strip away the social conditioning.

I know that sometimes John thinks he needs to be your “Johnny Cricket” but Sherlock, you are already a real boy!  You do know the difference between right and wrong even if you act like you really couldn’t care less. This is what sets you apart from Moriarty. You may both be absolute geniuses but he is the psychopath of your little drama, not you (Jim Moriarty Hiiii).

In the next section I attempt to diagnose you remotely. This will never stand up in a court of law but I want you to see just how “unpsychopathic” you really are. 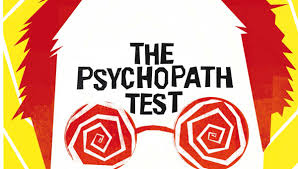 Robert Hare was the first person to provide a widely used comprehensive checklist of symptoms specifically for PPD. In psychiatry everything comes in checklist form - depression, schizophrenia, OCD etc. Hare’s checklist is considered the “gold standard” for diagnosing psychopathy. The main diagnostic manuals DSM-IV and ICD-10 include PPD as part of the spectrum of anti-social personality disorder, but truthfully the prognosis and outcomes for PPD are considerably different to anti-social personality disorder.

The there are three groups of symptoms or “factors” for PPD. The first and mostly commonly know one is aggressive narcissism and I think this is factor that most people who meet you would say that you have.

The checklist contains personality traits – these are traits that are consistently demonstrated in nearly all situations regardless of social context. You cannot say someone is pathological liar – if they occasionally tell fibs.

Glibness/superficial charm – you are good actor, Sherlock, but superficial charm has be part of your personality. True psychopaths display this trait all the time regardless of who they are interacting with. You only use charm as a means to an end

Grandiose sense of self-worth – you are certainly conceited but your view of your own abilities is not pathological. You can actually do the things you claim you can. Therefore you don’t fulfil this criterion.

Conning/manipulative – again you don’t display this trait consistently, only when you desperately need something. If we ticket this box for everyone who was ever manipulative the entire population of the planet would be included.

Lack of remorse or guilt – now this is interesting. You certainly don’t always realise when you’ve hurt someone but you certainly showed remorse about what you said to Molly at the Christmas Party.

Shallow affect (genuine emotion is short-lived and egocentric) – I cannot agree that you have shallow affect. Compared to true psychopaths your genuine emotion is long lived, you just hide it very well. I think it’s the famous British reserve that was drilled into you at boarding school (A Good Old Fashioned Education)

empathy – you certainly don’t display empathy very often but you are capable of feeling the emotion at certain times. You do genuinely appear to care about Mrs Hudson when the American assaulted her.

Failure to accept responsibility for own actions – truthfully, I can’t say you shirk from your responsibilities consistently. You certainly don’t have a wonderful record in health and safety but you’ve never denied the eyeballs in the microwave were yours.

Need for stimulation/proneness to boredom – you are definitely prone to boredom but I propose that your brain biochemistry is slightly different to the majority of the population (Feeding Crack to Rats, Sherlock’s Drug Habit). This theory also explains why you took drugs and are still addicted to nicotine. It might interest you.

Parasitic lifestyle – Getting John to do most of the shopping does not constitute being a parasite.

Poor behavioural control – Some people think you do have this trait, my professional opinion is that you deliberately behave antisocially because you can and because it takes less effort than negotiating the social niceties we all have to. The people you have chosen to surround yourself with have to or choose to tolerate you and this allows you to continue behaving appallingly.

Impulsivity – possibly though compared to some of the impulsive patients I’ve seen you are positively boring.

Juvenile delinquency – I’m sure you were a terrible child but I doubt you deliberately set out to achieve the MacDonaldtriad of fire setting, bed wetting and cruelty to animals.

Early behaviour problems – again if you ever want to share your childhood experience, Sherlock, I can find you a nice therapist to talk to.

Revocation of conditional release – have you ever been arrested? I doubt it.

Other Traits not Included in the above:

Promiscuous sexual behaviour – I have a feeling you don’t have any girlfriends or boyfriends, although you are free to correct me if I’m wrong.

Criminal versatility – maybe, though Jim Moriarty beats you on this one but then again he is a true psychopath.

To score an individual value of 0 is assigned if the item does not apply, 1 if it applies somewhat, and 2 if it fully applies

Truthfully, Sherlock, you wouldn’t score above 10 points let alone the 30 points needed for a diagnosis of psychopathy. So rest assured that you do not and never did have psychopathic personality disorder because personality disorders cannot be cured nor do they go away spontaneously. They are life-long conditions that start in early childhood.

Incidentally your brother is also not a psychopath (Mycroft on the Examination Couch) – I think we can probably rest assured that your family doesn’t have a genetic predisposition for this disorder, unless there is something about your parents you want to tell me?

Caring is What Makes Us Human,

I know you would like to have a psychiatric diagnosis to use as an excuse for the way you behave. It’s so much easier to not care about people, to reduce them to nothing but cases, facts and figures, isn't it? I have this dilemma every day: patients die and it hurts because I care. Like you, the people around me constantly say: "all lives end, all hearts are broke, caring is not an advantage." Is it odd that when I heard Mycroft say those words, I wanted to be moved but simply couldn't find the emotions to do so?

Perhaps you feel the same way? We both work in jobs where becoming attached to the people we are trying to help is emotionally exhausting.

There is nothing wrong with you, Sherlock, or Mycroft for that matter. The pair of you remind me far too much of some doctors I have met. There are millions of people out there who are afraid of the pain of loss that they can never bring themselves to care.

Do you know what I am most afraid of? I'm terrified that one day a patient will die and I will feel absolutely nothing. This charade of emotional detachment that we both put on is going to corrupt us to the point that one day we really won't care.

I need to tell you that walling away your emotions is not the way to cope with distress – these feelings do not go away just because you fail to acknowledge them. All lives do end and all hearts are broken but don't let that thought prevent you from enjoying the best part of life - loving and being loved.

So when you come back from the “dead”, please take the chance to make a fresh start. Caring might not be an advantage, but it is what makes us human and being human is the greatest gift of all.