“Is it legal for John to keep his handgun?”

“Does Lestrade carry a weapon?”

I explore gun legislation in the UK, how John managed to keep his service weapon and why he chose to do so. I also discuss police use of firearms, and why Lestrade would not be armed – ever.

For fanfiction writers who do want guns to feature in their stories, I explain how people can obtain guns legally in the UK.

Is that a Gun in Your Pocket?

The UK has some of the tightest gun control laws in the world but not as a result of difference in culture as some Americans might have you believe. The British love affair with guns also has a long and distinguished history. We still love our guns, particularly in the countryside. Hunting, target shooting and clay pigeon shooting are very popular sports. Many universities have shooting clubs and hold nationwide competition for the students to attend.

To understand why we have such stringent laws we have go back in time.

In 1987 Michael Ryan used two semi-automatic rifles and a handgun to kill sixteen people including his own mother before committing suicide. There is still no consensus on why he committed such an atrocity but this horrific bloodshed prompted the government to make all automatic, burst fire and semi-automatic weapons illegal (although exception apply to the semi-automatic category).

The second killing is an eerie echo of what happened in Newtown Connecticut. Thomas Hamilton entered Dunblane Primary School with four handguns and murdered 16 students, and the teacher who was trying to protect them before also committing suicide.

In the aftermath of the carnage the Firearms Act 1997 and its amendment (No. 2) was introduced which made private possession of all handguns regardless of calibre illegal. Exceptions are historical hand guns and “Long Arm” sporting handguns which do not fall under the “handgun” definition.

Not in the Army Now 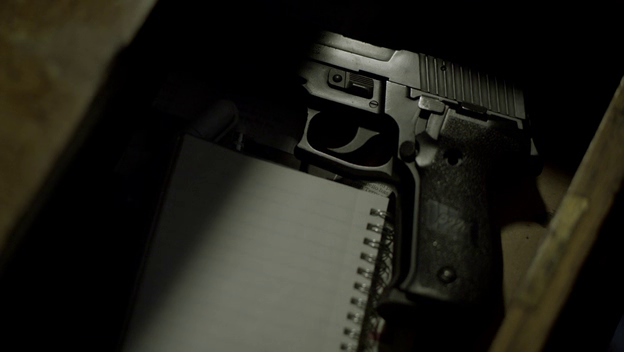 This gun was the standard issue personal weapon for all members of the army including the Royal Army Medical Corps who were deployed to Afghanistan. Doctors like John would have been well trained in the use and care of this weapon and it was usually the only firearm they routinely carried around on their person.

All doctors in the British Army operate under the Geneva Convention as non-combatants. They are only allowed to use their weapon in defence of themselves and their patients. Therefore John would not have been sent into combat to fight.

Army issue weapons belong to the army, they do not belong to the soldier that they are issued to. In the UK soldiers who are not on active duty cannot take weapons out of the base into “civilian territory”. They are certainly not allowed to wander around the streets of London with a handgun strapped to their thigh on a night out.

In Afghanistan John would have had his service weapon with him most of the time and certainly when he left base. Upon his discharge he would have had to surrender the weapon.

This begs the question: how did John manage to keep hold of his gun?

My theory is that John was injured in a fire fight when the base was invaded/attacked (as a doctor he would hardly ever leave the base). A real incident happened in 2012 when the Taliban managed to infiltrate Camp Bastion and initiated a 4 hour fire fight within and around the base. In the confusion John probably dropped his standard issue weapon when he was shot. The weapon was then recorded as missing in the army’s database. I believe that John’s injuries would have been treated in Afghanistan rather than in the UK – so he would have recuperated at the army hospital in Camp Bastion.

It might be possible that John managed to relocate his weapon after recovering and simply didn’t report it as found (or the bureaucracy couldn’t keep up with the constantly changing status of this gun). Either way, John’s weapon is official recorded has being lost in Afghanistan.

When John is discharged from the army he probably didn’t need to hand in a weapon because no one thought to reissue one to him given his state of injury.

Alternatively, as one commenter has suggested: John might have handed in his actual service weapon but then acquired an illegal military handgun. England and Wales has relatively low levels of illegal gun ownership but Northern Ireland is still comparatively awash with guns, which is why the police in NI all carry firearms. It is possible that using his connections with other ex-military personnel, John managed to get hold of another military handgun smuggled over from NI.

The second question is why would John risk keeping his gun?

Handguns are not freely available because they are illegal and possession of a prohibited firearm carries heavy penalties. If John’s possession of his handgun is discovered he faces a minimum sentence of 5 years in prison. The maximum possible sentence is 10 years and an uncapped fine. 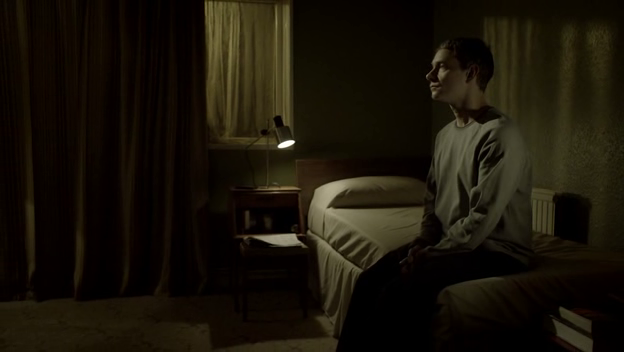 My theory is that John was so preoccupied with the emotional trauma and issues surrounding discharge that he did not realise he had not handed in his weapon. He is, after all, completely accustomed to having it with him at all times. To change ones mindset overnight is very difficult.

Perhaps he only realised after his discharge was formalise in the UK that no one had asked him to hand in his service weapon. He must have entered the country as a member of the armed forces (they have their own airfields and do not have the indignation of going through civilian airport security) but upon discharge he suddenly became a civilian in private possession of an illegal firearm.

However we know that John chose not to hand the weapon in immediately and explain the honest mistake, most likely because the police would not see it that way, certainly not in a man diagnosed with PTSD. Another reason might be that John feels safe with his handgun; it gives him a sense of empowerment that serves as an anchor in his disempowered life as a civilian. A more disturbing thought is that John’s low mood after being discharged might have led to potential thoughts of suicide which would make the gun seem like a very handy tool to keep.

Stop…or I will Shout Stop Again!

The police in the UK do not carry firearms of any kind (apart from in Northern Ireland where they are all armed).

Only authorised police units such as SCO-19 are trained in the use of firearms and allowed to carry them in the line of duty. SCO-19 is the armed response branch of the Metropolitan Police Force and each regional police also have their own armed response divisions.

Lestrade is part of the criminal investigation department of the Met. CID officers do not wear police uniforms (which is why Lestrade, Sally and Anderson generally wander around looking like office workers). They do have a badge/ID card that identifies them as members of the police force.

The CID of any regional police force in the UK (outside of NI) have no right to possess firearms. The same laws apply to them as any private citizen. Should Lestrade ever need firepower he has to call SCO-19 and wait at a safe distance for them to arrive.

This procedure does not sound quite as absurd as some people might think. You must remember comparatively very few criminals have access to firearms in the UK. Murderers and other violent criminals prefer to dispatch their victims with knives rather than guns. Possession of a gun carries such a heavy sentence that it is usually better to just not get one in the likely event that you are ironically locked away not for the murder but for the gun possession.

Beat police sometimes carry tasers and almost always wear stab proof vests. Lestrade as a CID officer does not often have to chase down criminals, which is why he gets away with not wearing a stab proof vest.

The answer is yes. Rifles, pistols and shotguns are legally available and ownership is not uncommon in the countryside. As Hot Fuzz correctly states: “everyone and their mothers is packing it”.

Most types of rifles are legal as are most types of shotguns including semi-automatic shotguns. Pistols are slightly different in that the Firearms Act 1997 prohibits all pistols with barrels <30cm and/or full lengths of <60cm. However long-barrelled pistols are permitted even the semi-automatic ones (made by Britams). This law means that the type of pistols used in some categories of Olympic shooting are prohibited in the UK but the ban was temporarily lifted so that the events could be held in 2012.

All historical guns (generally ones manufactured before 1919) are not subject to the Firearms Act 1997, even historical guns that you can still buy ammunition for. Therefore it is perfectly legal for Sherlock to own a hand gun that actually works as long as it was made before 1919. I imagine he might have received it as an heirloom or just dug it out of his family's expansive attic.

In order to get a firearms certificate the police must believe that you have good reasons to own each firearm and your possession of firearms does not constitute a danger to the public. The certification process is quite stringent but it is not impossible to negotiate if you have a valid reason and plenty of patience. Shotgun certificates do not require you to provide a justification for ownership. You also don’t have to list your entire shotgun collection (as long as you have a “reasonable” number).

A valid reason can be anything from “the rabbits are eating all my carrots!” to “I am on the Olympic shooting team”. It really depends on the attitude of your local police force to guns.

Therefore John, Lestrade, Sherlock etc can all legally possess firearms. I have read comments on fanfictions that say none of the characters in Sherlock could have guns, this is not true. They can all have guns – they just have to jump through some pretty annoying bureaucratic hoops.

The complicate convoluted processes of obtaining a gun licences shows that bureaucracy does save lives.